To ‘Beliebe’ or not to Believe!

Here’s a little something I wanted to share about this ‘event’ which has left Indians and esp mumbaikars gasping for breath.. the 23 year old who has held everyone’s imagination captive n been the topic of discussion in evry household ever since his ‘purpose’ tour was announced!!

Last nite was the most amazing nite of my life coz my 14 year old and all her friends who I carted from their school Dhirubhai ambani international came out with beaming faces and said TONITE WAS THE BEST NITE OF OUR LIVES…!! 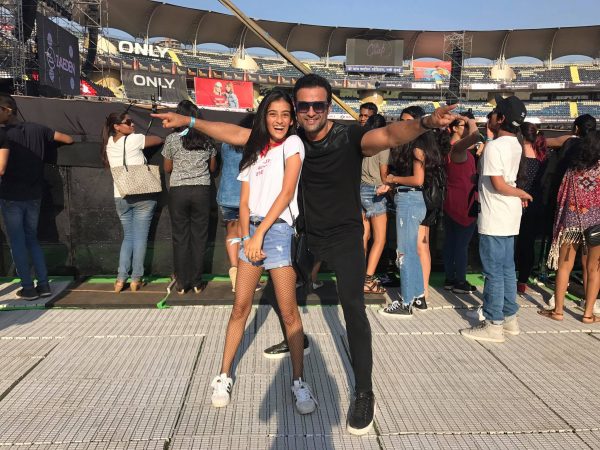 That brings me to the couple points I want to make which created a hue and cry amongst a few ‘purists’ of concerts and a few ‘stars’..

Firstly, a lot of ‘celebs’ were concerned about their safety and protection .. while I do understand that as actors, we do need a certain amount of guarding, I don’t think that at a Justin Bieber concert, people would bother with u too much.. in spite of having premium lounge invites from the owners, my lil one decided that there was no point watching from the confines of an Ac room so she wanted to go right upfront next to the stage in the platinum section.. I had no option but to take the bunch there coz my ‘purpose’ was to give them a memorable time! Before they cud assign a bouncer for me, I had to leave the lounge.. but lo and behold .. as soon as I got to the platinum section, our very own MUMBAI POLICE personnel formed a ring and asked me to stand ‘aaram’ se without ‘teynshun’ !! One guard from the stage section said he would keep an eye on the girls as well. I had zero issues(other than the selfies with very sweaty fans 😃) and the kids had a fantastic time.. the guard even gave the girls water so they wouldn’t get dehydrated .. so we all enjoyed the concert ‘safe’ and ‘sound’ !

Secondly, a lot of ‘purists’ complained that he was lip syncing and not really singing., yes he wasn’t.. I mean he was chewing gum and drinking water while singing some songs so it was pretty obvious!! But he tends to do this in some songs which are layered with his own voice as back up.. So these critics had to be 40 plus and disgruntled coz the teens and tweens couldn’t give a rats ass about it!! When he sat across them on stage and looked into their eyes, they were in 7th heaven and that is the ‘purpose’ of a concert of this kind.. I mean it’s Justin, not Ustad Fateh ali khan Sahab !! He achieved the purpose he had come for and that is ‘entertaining’ the ones who matter. Now I’m no Belieber by any stretch of imagination.. but I am a believer alright, in happiness and that’s what Justin gave his lil fans last nite.. happiness!! So bless u JB!!