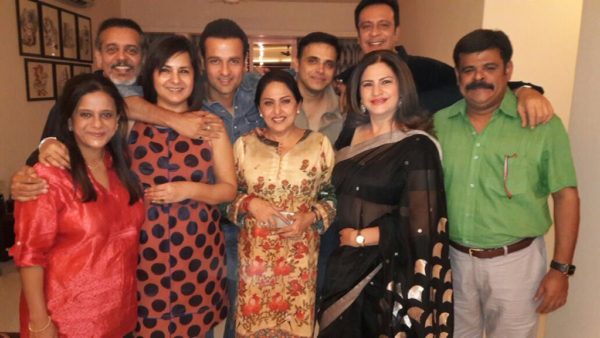 One of the most popular shows of the 90s ‘Swabhimaan’ recently had a reunion. Aired in 1995, ‘Swabhimaan’ set several records during its time and was the most loved show on TV.

Directed by Mahesh Bhatt and scripted by Shobha De and Vinod Ranganath, the show divulged the story of an attractive woman, who finds herself in a battle where there are no real winners. It was the first Indian show to complete 500 episodes.

It’s been 20 years since the show got over, but people still miss the show. The cast included some popular actors like Kitu Gidwani, Rohit Roy, Abhimanyu Singh, Manoj Bajpayee, Achint Kaur, Tanaaz Currim and many more.

The cast of the show recently reunited and it was a trip down the memory lane seeing them together. The reunion included Rohit Roy, Deepak Parashar, Kitu Gidwani, Harsh Chhaya and Kunickaa Sadanand.