Hrithik Roshan will be fighting Roy brothers in his next 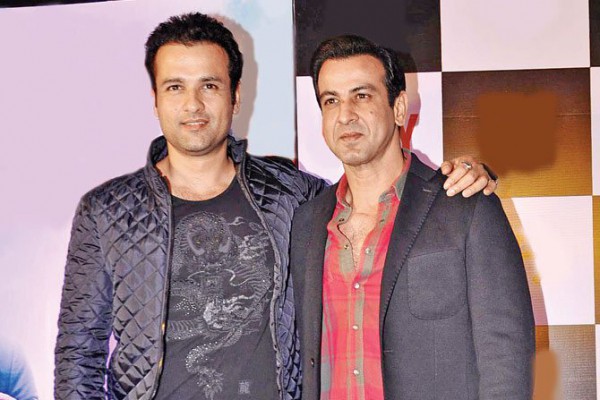 Ronit Roy’s strict police officer act in Anurag Kashyap’s Ugly (2014) had led younger brother Rohit Roy early last year to tweet “Maybe someone should cast the Roy brothers as cops in the same film…What say @RonitBoseRoy” as he had himself played an inspector in crime-based TV show, Encounter.

Rohit’s wish has now come true, albeit partly. The two are teaming up for Hrithik Roshan-starrer Kaabil, not as law-keepers but lawbreakers.

Rohit and Ronit Roy Says a source working on the project, “There are several instances of real brothers acting together, but not as villians. Both Rohit and Ronit playing negative roles in the same film will be a first. While Ronit has played characters with grey streaks earlier (most recent being in films like Guddu Rangeela and Boss), it will be a complete transformation for Rohit since he will have to shed his good-guy image.”

Rohit confirms the story, adding, “It is a matter of great pride to be part of Kaabil, but Ronit’s and my presence in the film is secondary; the combination of Rakesh Roshan and Sanjay Gupta will be lethal. And look at the vehicle they have got to translate their vision on screen!”

The Roy brothers shared screen space in telly political drama Sarrkar (2005) in which their characters were loosely based on Rajiv and Sanjay Gandhi’s lives.