I’M A GUJARATI AT HEART, AND A BENGALI BY BIRTH: ROHIT ROY

Home / News and Media / I’M A GUJARATI AT HEART, AND A BENGALI BY BIRTH: ROHIT ROY

He’s earned his actor’s credo with a slew of impressive performances on the big and small screen, dresses in formals for interviews, wears his hair neatly gelled back, and is extremely courteous. On the sets of his debut Gujarati film being shot across Ahmedabad, Rohit Roy, best remembered for his turns in Swabhimaan and Kabhie Kabhie by most remote control junkies was the perfect host. Rohit who continues to make fleeting appearances on television these days, admitted that while his fans “miss” him “on TV, the lack of substantial roles for male actors on the small screen in recent times” is why these appearances on Hindi TV are “few and far between” and reason for him to shift attention to films (Hindi, Bengali and now Gujarati) and web shows. From being a small screen heartthrob of the 90s to the baddie in the Hrithik Roshan starrer Kaabil, it’s been a journey full of learnings for Rohit. Ahmedabad Times caught up with the St Xavier’s Ahmedabad alumna at Kankaria Lake on the sets of I Am A Gujju. In between shots, sportingly posing with his fans and waving to the mini crowd assembled to catch a closer glimpse of him, Rohit talked movies and took a trip down memory lane. Excerpts from a quick chat:

As someone who spent his formative years in the city, was doing a Gujarati film on your wishlist at any point? Regional cinema does require a different mindset as opposed to mainstream Bollywood or Hindi TV. 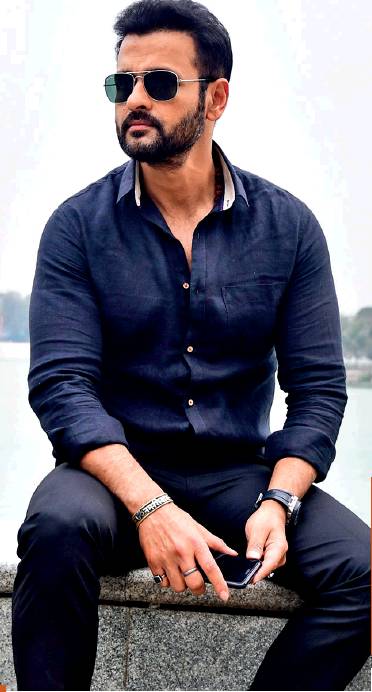 My mother always wanted me to work in two regional movie industries — Bengali (because I’m a Bengali by birth) and Gujarati (because I am a true blue Amdavadi who went to St Xaviers’ School and College. In fact I’d say I am a Gujarati at heart, (and am even married to one, the beautiful and talented Manasi Joshi Roy and a Bengali later. So, yes, doing a Gujarati film was on my bucket list. I am glad this film came my way. I think the title sums up everything I am feeling. In fact, it felt like homecoming while shooting in aapnu Amdavad. I play a very interesting character in the film but don’t want to reveal any more details at this stage.

Were you comfortable with Gujarati language or did you have to take some lessons to speak it fluently?

I am fluent in Gujarati. Plus, my wife Manasi is a Gujarati too. Having said that, speaking in Gujarati was not that easy in the beginning, as I realised my pronunciation needed to be improved — aatla varsho pachhi thoda words miss out thayi jaay chhe. However, the creative team of the film gave the script to me a month in advance so that I could brush up my Gujarati. I personally ensured that the cast and crew spoke to me only in Gujarati so that I could improve my pronunciation some more.

The Dhollywood of your childhood is completely different from the Dhollywood of today. The Gujarati film industry is making more urban, contemporary and meaningful films. Have you followed the films made out of Gujarat of late?

Honestly, I have not seen too many Gujarati movies in recent times, except Chhello Divas, which was very, very impressive. The good part about Gujarati films these days is that their production quality has improved considerably and filmmakers don’t work on tight budgets. I understand there are certain constraints for a regional film industry, especially for it to get noticed at a pan-India level. But looking at the massive scale at which my film is getting produced, I am optimistic that things are changing for the better.

You grew up in the city and went to school and college here. How does it feel like to be back after so many years?

Ahmedabad has changed beyond recognition and for the better. I moved out of this city 20 years ago. Can you believe I was not able to recognize the house where I grew up in! I felt sad because I had so many beautiful memories and none of them have been retained. It feels good to be here, to be able to reconnect with my old friends in the city. The roads are now wider, there are more flyovers, a metro rail project is underway and Sabarmati Riverfront is picture perfect –the city’s got a complete facelift. I couldn’t even recognise SG Highway — which I am told is the hangout place for all foodies. What’s heartening is that, in the middle of this urbanisation, this city retains its old world charm in certain pockets like the old city.

Do you miss Ahmedabad at any point? 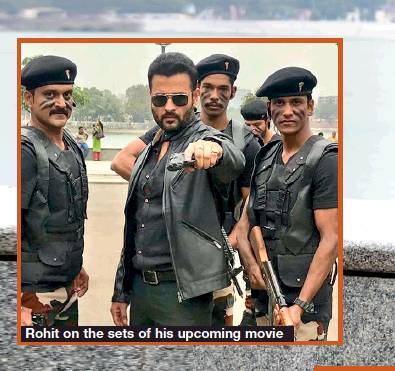 All the time! This city is closest to my heart and everytime I am here, it feels like home. I miss everything about Ahmedabad — the amazing food, my wonderful friends, my college, my school and even my hang out places such as Municipal Market and SG Highway and the toy-train at Kankaria which I used to travel in when I was six years old.

WHILE AHMEDABAD HAS CHANGED BEYOND RECOGNITION OVER THE LAST FEW YEARS, THE OLD CITY AND CERTAIN OTHER POCKETS CONTINUE TO RETAIN THE OLD WORLD CHARM THE PRODUCTION QUALITY OF GUJARATI FILMS IS PRETTY IMPRESSIVE AND I THINK MOST FILMMAKERS ARE NO LONGER WORKING ON TIGHT BUDGETS

MY MOTHER ALWAYS INSISTED ME TO WORK IN TWO REGIONAL MOVIES — ONE IS BENGALI BECAUSE I AM A BENGALI AND SECOND, GUJARATI BECAUSE I AM A THOROUGH AMDAVADI. SO IT WAS ON MY BUCKET-LIST TO GET ASSOCIATED WITH A GOOD GUJARATI MOVIE