Rohit Roy’s meeting with MS Dhoni will remain in his memory forever. Here’s why

Home / News and Media / Rohit Roy’s meeting with MS Dhoni will remain in his memory forever. Here’s why

Actor Rohit Roy recalls cricketer Mahendra Singh Dhoni’s words that left a huge impact on him during their first meeting in 2014. 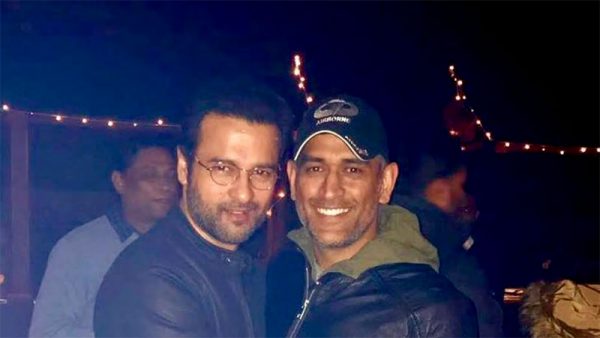 As the 10th season of Indian Premier League has kicked off, cricket fans are glued to the screen and actor Rohit Roy is no different. Rohit recalls his first memorable meeting with cricketer Mahendra Singh Dhoni in 2014, who is now part of the Pune team in the series, but played for Chennai then.

“A meeting with Dhoni in Jaipur during the IPL games is one important life event etched in my memory. I was supporting Rajasthan Royals who were playing Chennai and we beat them in the game,” says Roy.

According to him, Dhoni’s spirits weren’t dampened by the defeat., “After the match I went with a couple of guys to meet Mahi in his room and he was sitting relaxed. I thought that we would be a little less cheerful or despondent. Out of curiosity I asked him how was he so composed. To which he said, ‘Winning and losing is a part of everyone’s journey. If I don’t lose today, I won’t enjoy the win tomorrow. So instead of moping about something that has already happened I’d rather focus on what’s coming’.” recalls Roy.

These words left a big impact on Roy’s mind. “Now although it’s nothing I hadn’t heard before, but hearing it from a champ like him made it a little more impactful. Also made it clear why he is captain cool. I must admit it changed my thought process a bit for the better,” he says.