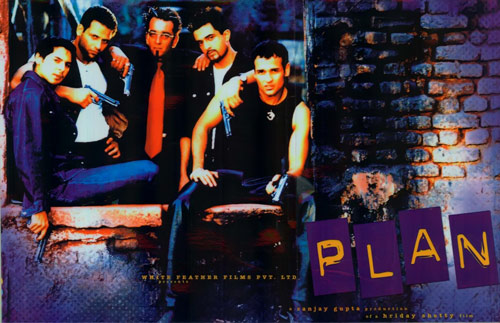 SYNOPSIS:
Plan is a Bollywood action thriller film that was released in January 2004, starring Sanjay Dutt, Priyanka Chopra, Dino Morea and Sameera Reddy. It was produced by Sanjay Gupta and directed by Hriday Shetty. This film is loosely based on the 1997 Hollywood comedy Suicide Kings.