Graduating in the sciences with physics as a major, Rohit was all set to go to America to do his MBA, but destiny intervened and he was not granted a student visa. Undaunted by the refusal, Rohit who was working during the inter-regnum as an assistant director for Kunal Kapoor a reputed ad film maker, took up offers to model and soon he was spotted by Anant Balani who offered him the lead role in a film called Jazbaat. Though the film didn’t turn the tide, Rohit realized that acting would be his true calling. 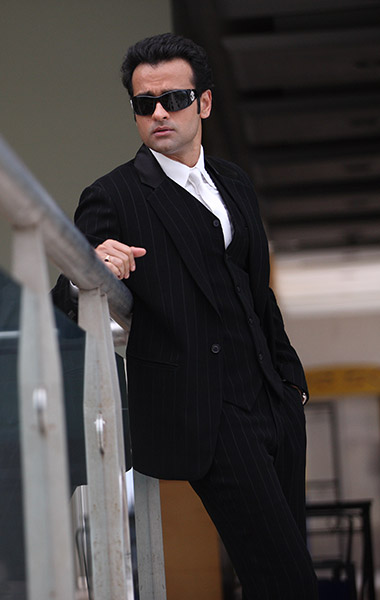 Rohit was then offered the central lead in a soap called Swabhimaan written by Shobha De and directed by Mahesh Bhatt which went on to create history as one of India’s most popular afternoon soap operas. Rohit’s character Rishabh Malhotra became a household name across the length and breadth of the county.

Rohit Roy reinvented the staid Doordarshan stereotypical middle class hero to play the rich, arrogant, bratty and charming dude. After 4 years of SWABHIMAAN, Rohit acted in a sitcom based on THREE’S COMPANY called Baat Ban Jaaye on Zee Tv. He also directed the second season of the same show for about 52 episodes. Since then, Rohit has acted in numerous shows across various channels. He has also hosted a number of live events and game shows. The Price is Right on Channel Nine, Dance Divas on Zoom, Sa Re Ga Ma on Zee, Houzee on Play Tv, and currently Wild Ten on Zee Music.

His stint as the brash scion in the political drama called Sarrkkar on Zee Tv written by Shobha De won him several hosannas. He is touted by Shobha De as the hottest dude on TV. Presently he plays the lead character on a show called Virasaat directed by Ravi Chopra for STAR PLUS.

On Indian television, the Roy Boy has become eponymous as the style guru, creating the aura of the simmering angry young man loaded with angst.

Rohit is one actor who has managed to straddle both TV and films with equal aplomb. After a highly successful stint on television, Rohit has moved on to the big screen with the highly acclaimed Shootout at Lokhanwala where in spite of the presence of heavy weights like Amitabh Bachchan, Sanjay Dutt, Suniel Shetty and Vivek Oberoi, Rohit got huge appreciation from all quarters. He is currently working on Alibaug, directed by the maverick director Sanjay Gupta where he is pitted opposite his wife Manasi Joshi wife. He is also working on his next film Mittal vs Mittal opposite the national award-winning actress Rituparna Sengupta. His film Dus Kahaniyan is now complete and will release in November. Dus Kahaniyan has a unique concept of 10 short films that are totally unrelated in one full-length feature film. He has acted in and directed one of these short films, which will mark his debut as a director. His company Magicworks, which he co-owns with his wife Manasi has co-produced 3 of these short films for White Feather films.